The Importance of Team Effort in Security?

Security has become a major concern for many individuals and organizations too. Being secured and maintaining secured proximity on the given premises falls in the hands of many professionals.

There is a public security force like local law enforcement teams, armed forces, and special forces from the military. Apart from these public security teams, there is one other big player in the market which provides the services of security for particular individuals and also for organizations. And that is the private security industry with lots of skilled security professionals with different name tags as titles in the security departments.

But to ensure the safety and security of an organization or a nation can be only achieved when there is a collective effort from many individuals. The borders of a nation are not guarded or patrolled by one agent. The trophies which are glories for a nation or for a school team are not won by individuals. Rome was not built in one day they say, but in my opinion, we should all start saying that it was also not built by one person.

All those glories and victories are not an individual’s work or efforts, it was a collective effort that was achieved with the involvement of many individuals and contributions made by many people. To make those great establishments and outcomes happen the world needed teams and team efforts.

So, let’s look into the significant role of the team effort in the life of security professionals and the security department’s work efficiency.

The world of ants and their body sizes are the tiniest things that can be seen by the naked eyes. Although they are said to be great hard workers people often forget to mention their other capabilities. One of such unnoticed abilities of ants is that they are always a team player.

Have you ever seen ants during the winters? They don’t come out to gather food in the winters, all that they want will be procured before the season of fall only.

Ants can be a great inspiration for any creature on this planet. If those tiny creatures can build their own pits together which is impossible for a snake. Think of what humans can achieve

Likewise, if the security which an individual wishes to have or an organization, they will prefer candidates from the private security industry who can be a great team player.

In any field, it is the team effort that can always be an efficient way to achieve any motive in their respective fields. Team effort can be simplified in words by saying that it is a collective work of all the individuals in a group or team with each individual contributing their efforts to make the assigned work a success. To prove this point we don’t need to be an intellectual or the smartest person in the rooms, the ants can deliver this message to us by showing their exemplary acts by following the orders of their leaders and being disciplined all the time.

How will team effort help in security?

Team effort always plays a big part in any given task. When it comes to providing security and keeping a perimeter secured enough, the entire security department should work together to make it possible.

Most of you might be familiar with organic chemistry. In organic chemistry, any chemical compound or formula can be developed based on its nature of bonding. Because without the bonding no compound can be designed. Even in security, the entire security department which includes the different ranks of officers must create a bond that can be achieved through team efforts only, to make all the security measures foolproof.

Every security person in the security department is assigned different roles and duties to perform. Their way of delivering the tasks they are assigned and being disciplined while performing their duties can create strong bonds in the teams like in the chemical compounds which are proving to be the miracle workers in the scientific world.

The Crucial role of Team Effort in Security

Most of the corporate offices that are found today are generally in high rises. Tall buildings with many levels and floors and each floor plan are different from one another in many cases. And this type of construction will attract many employees to come work under those offices in the building.

To provide security and safety for a property floor by floor and all the people in the building on each floor cannot be possible with one individual from the security department. The entire security department is needed and must be on the premises to make the task possible. The security guards guarding the entrance, the guards screening all the entrants, the security surveillance team monitoring all the corners, and the security managers and other superiors in rank who need to assign duties and manage the activities of all the security personnel. Each and every one of them is needed in the perimeter in a proximity range to ensure safety and security.

The more the bonding between all the security personnel in the security department will give the best effective outcome that is required for the firm.

The team spirit among the security personnel?

Conducting mock drills and other activities can strengthen the team spirit in the team and boost their chances of achieving many aspects such as work ethics and healthy relationship among the security personnel in the departments.

Although many have heard that the team spirit in a team on many occasions can bring out the best performances in many individuals to work as a team, most of the teams ignore this fact. We all know how costly it can be even if one team member among the team fails to become a team player and that doesn’t end well for any team.

By now you must have understood at least a little about the significance of the team effort and a team for everything in our lives. In every step of our lives, it is said that we alone can transform our lives. Well, those people must either have never been in the company of others or they hated the idea of the teams. Because in today’s world most things in our lives need a team and the team effort for that matter. The corporate world and the multi-national companies even look to hire employees who can be good team players and maintain healthy relationships with others.

The decades of monarchism and authorization have been well buried in the foundations of the corporate and the challenging world in which we are born now.

This world expects us to be damn good team players and put in our efforts along with the team to make anything a success. In a similar manner, the team efforts are a well required and essential key in maintaining safety and security in any given perimeter.

If you still don’t believe me here is an easy example for the fans who love the idea about the marvel universe to simplify what I’m saying. Thanos was unbeaten by the Guardians of Galaxy on the planet knowhere, he was again successful on the Titan planet facing Tony and his team, and the same home run was continued on the earth too because the complete saviors of the universe were divided at that time. But we all know what happened in the Endgame when he faced the entire saviors of the human race and their respective teams. Thanos was blown to ashes. 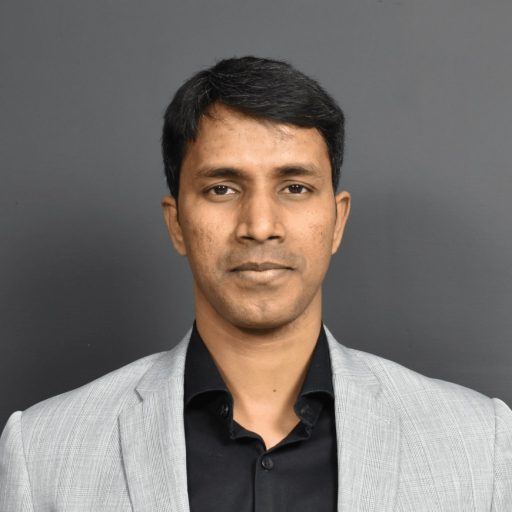 The best way to make an investigation transparent is never to let the investigator concludes the results.

Things you should know about Corporate Security